How Lucky Am I?

"How lucky am I?" I couldn't begin to tell you how many times I've said that since my August 2015 lung cancer diagnosis.


From testing positive for the EGFR genetic mutation
to
living within 75 miles of one of the best lung cancer research facilities and oncologists in the world
to
the support of my friends and family and their friends and families
to
having the quality of life I have being able to live with stage iv lung cancer, how lucky am I?

In February 2016 my friend, Todd, asked me to taste test a beer he had brewed in bottles at his home. It was a very good beer. He said he wanted me to name the beer and he would brew it in my honor. After a couple days of brainstorming we came up with Lisa's Luck Amber Ale. 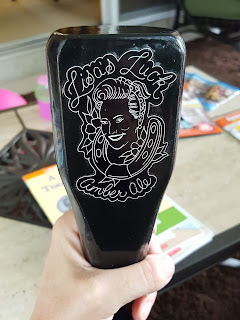 Who gets a beer named after them?
How Lucky Am I?

During the brainstorming sessions, we discussed the possibilities of using Lisa's Luck Amber Ale to spread lung cancer awareness. We also talked about maybe donating a portion of the proceeds to lung cancer research. But there are licensing issues and liquor laws that keep home brewers from producing and selling their beers, even if it is for charity. 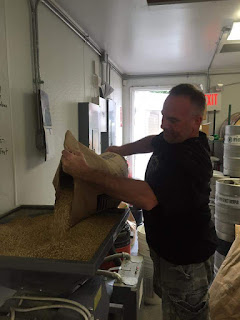 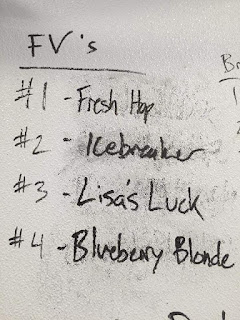 The Lisa's Luck Amber Ale Tapping Party was on Saturday, September 17, 2016. My friends and family donated money to buy me a round trip ticket to fly from Colorado to Ohio to attend the event. I was able to meet some of the Fifth Street board members. They said how much they liked the beer, commented on Todd's brewing talent and added, they didn't know the lung cancer back story until after Lisa's Luck won the competition. 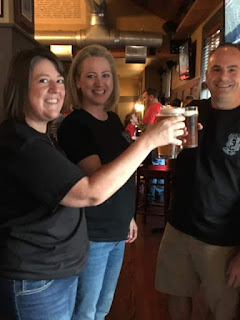 It was meant to be. 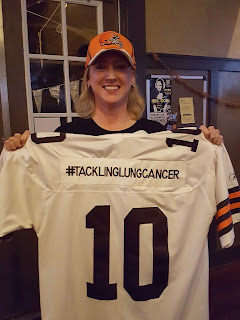 Proceeds from the Fifth Street Lisa's Luck Amber Ale event will be the first donations to my Cleveland Fans Against Lung Cancer Campaign. The beneficiary of my donations will be the International Association for the Study of Lung Cancer.