He Made This Place My Home

I left for California for my Moyamoya bypass surgery pre-op testing on November 29, 2017
My surgery was on December 5, 2017. The surgery was a success, returning blood flow to my brain. But it was too much for my blood vessels, possibly weakened by my lung cancer treatments.

My hemorrhagic stroke was on December 9, 2017. I was transferred from Stanford University Hospital to the Santa Clara acute rehab facility on December 20, 2017.
The original plan was to release me on January 11, 2018. I would need a 24 hour care nurse and a wheelchair.

When i was in rehab, Jeremy and i knew what we had to do.

I had to work hard and gain my strength.

Jeremy had to prepare the house for my return. That would mean ripping out  the carpet, installing ramps, handrails and safety bars throughout the house.

The wheelchair was never a consolation prize.

It was my ticket home to Colorado and back to Jeremy.

But something maraculous happened hile i was in California. I regained movement on my left side and I BEGAN TO WALK!!!!!!

I was released and returned to Colorado on January 3,much earier than the first proposed date.

I can't believe I've been home this long. My time and days are still running into each other.
While I was in  California,  Iwould think about returning to Colorado and to my boyfriend, Jeremy. My best wishes and daydreams don't stack up to the reality of being here and in his arms.
When I was admitted to Santa Clara I was very ill, recovering from two infections I contracted while at Stanford University Hospital. I was on antibiotics for both infections and all I did was curl up in a ball and sleep. I had no movement on my left side. I couldn't tell when the doctors touched my left leg or foot. I couldn't wiggle my left  toes or move my left  foot when they asked me to.

Since my return, Ive enjoyed the new changes to the house.  But you don't know and I can't describe the feelings I have knowing why the carpet is gone and why we have hardwood. I left a house and I returned to our home. i returned to our new beginning. I returned to yhe rest of my life!

I Was supossed to return home in a wheelchair.  At the rehab facility, they ordered me a wheelchair.  It was placed in my room with an invoice stating this was my wheelchair for my return home.  There was a tag on thr chair, BREEZY, That's what I called it, Breezy. Breezy and i were in this together.  if my way back to Colorado and to Jeremy was in a wheelchair, that's how it would be. 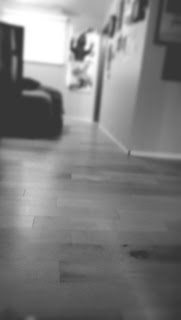 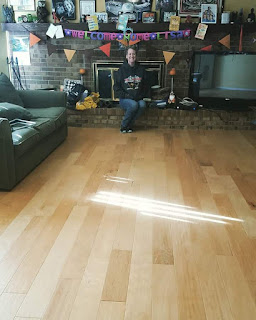 I have a lot of hard work and rehab ahead of me.

Next week I start the first of many outpatient occupational and physical therapy sessions.
I have limited use of my left arm and hand with little to no sensation. My vision is impaired because of left side neglect.  I'm unable to drive.  I can walk inside the house unassisted. I can walk around the block, get to appointments and run errands with a cane if someone observes me and drives.

If I were to grade my current attention span and life skills, I'd be a combination of a10 year old boy the day after Halloween and Anna Nicole Smith during the time she filmed that reality show.

There are a couple of cosmetic things that need to be completed around the house too.  But if you ask me, it's prefect for my return home.

This Place IS My Home

I left Colorado on November 28 for my pre-op appointments at Stanford University in Palo Alrto, CA. My surgery was December 5. My stroke was on December 9. I was admitted to the Santa Clara Medical Center acute regard ehab on December 20. I was discharged from the acute rehab facility on Jan 3. I can't believe I've been home this long. Time and days still seem to be running together. For weeks, in CA, I would imagine what it would be like to be back with Jeremy and to be in our house, sleeping in my own bed. My best daydreams and wishes don't stack up to the reality of being here and being in his arms.