My latest article for lungcancer.net was written while the outcome of a late stage lung cancer diagnosis hit too close to home.

Over a span of just a few days, we lost two important people in our lives to lung cancer.  My boyfriend lost his aunt that treated him more like a son than a nephew and I lost one of my closest friends and lung cancer confidantes.

When someone dies of cancer the horrible cliche,  "lost their battle", is often used.  As these women were transitioning to hospice care and the afterworld, the only thing they were losing was their life on earth.  They won the battle.  With that,  they won the war. 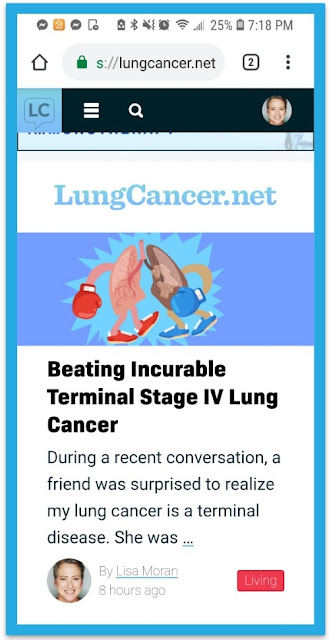